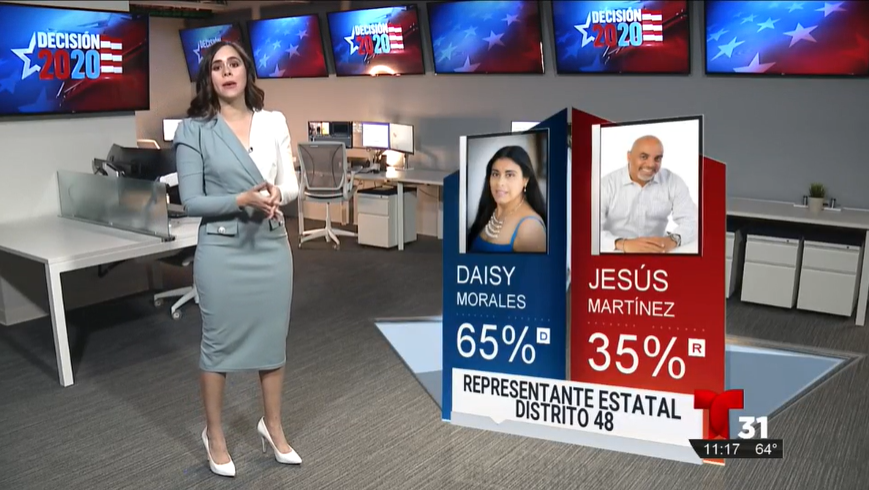 Morales pulled off a major win in the State House race even after Orlando Sentinel‘s editorial board endorsed her Democratic opponent Samuel Vilchez Santiago in the primary election and her Republican opponent Jesus Martinez in the general election. The Sentinel‘s endorsements didn’t sway District 48 voters.

Martinez, who shortly before the election had received a $10,000 buoy from the Republican Party, netted over 25,000 votes (35 percent) in the largely Democrat-leaning district. 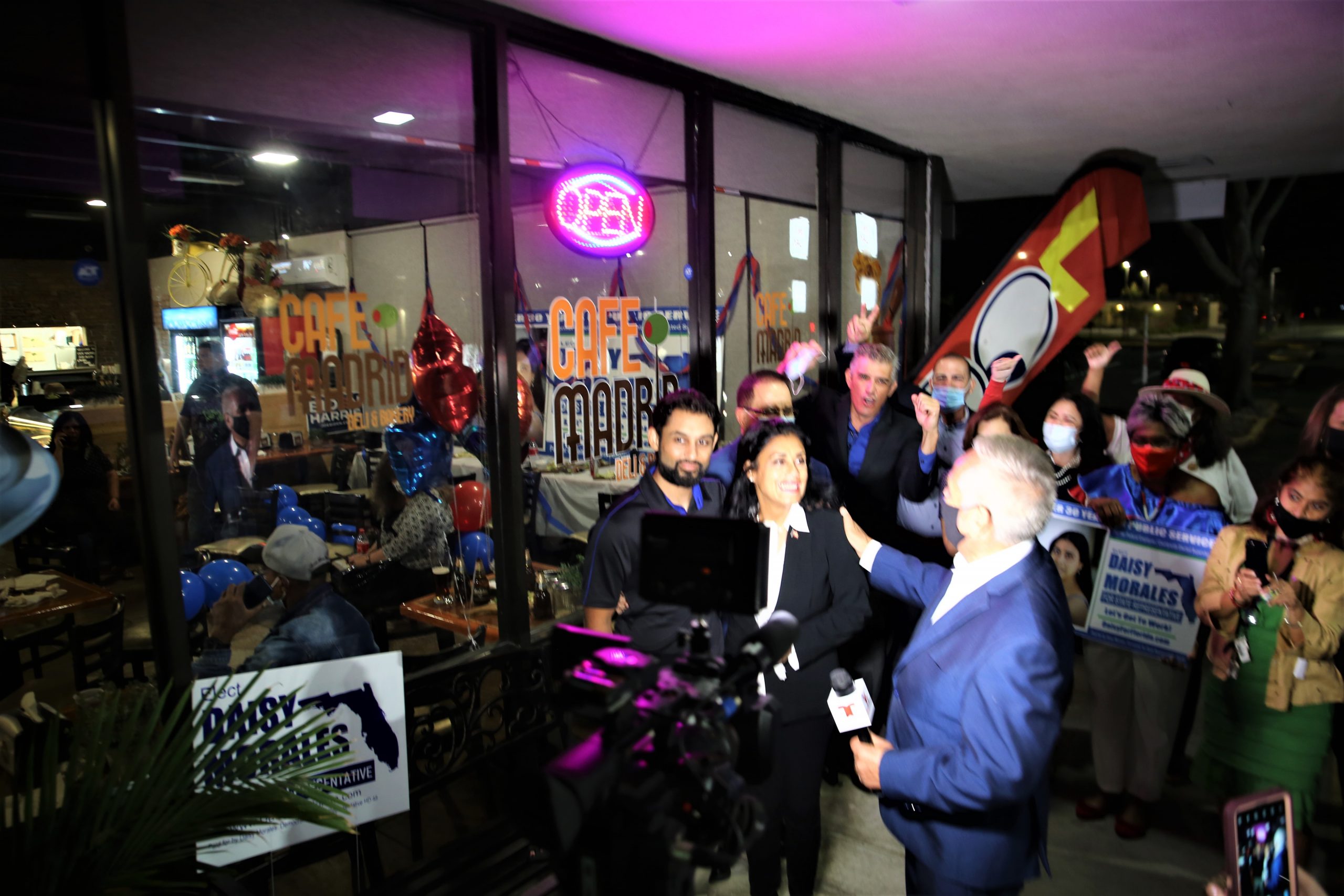 Morales and an intimate group of supporters gathered at Cafe Madrid and watched the result roll in, ecstatic when the final total was revealed.

“I want to thank the people of District 48 for putting their trust in me,” Morales said in a brief speech after the announcement. “Now I’m ready to move forward…I’m ready to serve the people.”

Morales added that she “stepped up” during the pandemic to help families in need with six food distribution events in her final months as Soil & Water Conservation District Supervisor.

According to her campaign website, Morales’ platform included affordable healthcare, jobs, and affordable housing, three top-of-mind issues in a district that’s been hard hit by COVID-19’s economic fallout. Environmental protection, protecting women’s rights, and public safety were also listed as part of her platform, among others.

This is Morales’ fourth big win. When she first ran for office in 2014, she defeated three opponents to win Orange Soil & Water Conservation District Supervisor, Seat 2. When she was re-elected in 2018, she won against one opponent, but secured the supermajority of Orange County votes–over 256,000–for re-election, a large number for an unpaid elected role. In the 2020 Democratic primary, she defeated four men to win the Democratic nomination for State Representative, House District 48.

“The people know me, and I know them,” said Morales. “I’m a winner with a track record for getting things done, and I can’t wait to get started serving the people of District 48.”