USWNT vs. Colombia: Stephanie Mewis Puts on a Show with Hat Trick in Women’s International Friendly

«
»
TwitterFacebookPinterestGoogle+
NEW YORK CITY, N.Y. (FNN) – For nearly 100 years, Macy’s Thanksgiving Day Parade has been synonymous with the official start of the holiday season in the United States! Tune in tomorrow morning to see Camille Schrier at the Macy’s Thanksgiving Day Parade from 9:00 am- Noon, LIVE on NBC, in all time zones.
What’s Different?
Shifting to a television-only presentation this year, Macy’s signature balloons, floats, performers, and the arrival of Santa Claus will be showcased on the national broadcasts on NBC and Telemundo, on Thanksgiving Day after partnering with the City of New York to create a safety plan to keep the annual tradition alive.
Who is performing?
Performers include Ally Brooke, Jimmy Fallon and The Roots, the cast and Muppets of Sesame Street®, Tori Kelly, Patti LaBelle, Miss America 2020 Camille Schrier, Leslie Odom Jr., Keke Palmer, Dolly Parton, Pentatonix, Bebe Rexha, Jordin Sparks, and more; with an extra special appearance by the one-and-only Santa Claus! 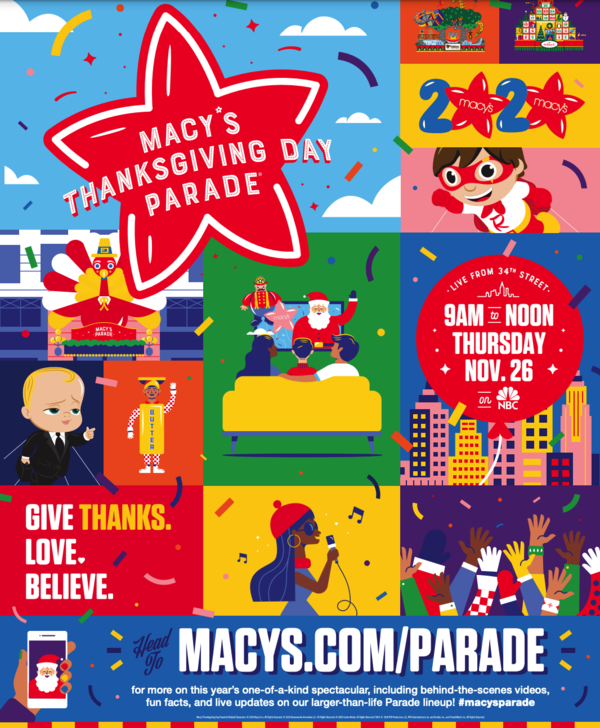 What about safety?
Macy’s has scaled back the overall number of participants, split participation over two days, required a number of safety precautions including COVID-19 testing for all, wellness checks and masks for participants and staff, social distancing all performers; among other safety enhancements. In order to safely produce this event, which typically draws crowds of 3.5 million spectators, Macy’s will not utilize the 2.5-mile parade route this year. The signature giant character balloons will be flown without the traditional 80-100 handlers and instead employ an innovative, specially rigged anchor vehicle framework of five tested and approved by the NYCDOT and NYPD.

Governor Ron DeSantis Encourages Floridians to Travel Within the State…

IMSA WeatherTech 240 At DAYTONA to Host Limited Number of…

NEW YORK (AP) — The Episcopal Diocese of Texas acknowledges that its first bishop in 1859 was a slaveholder. An…

NEW YORK, N.Y. — // Source: ESSENCE // At the close of a year where an unprecedented pandemic, economic disparity…

Murphy to Introduce Bill to Disqualify Participants in Capitol Attack…

SAKHIR, Bahrain (AP) — Seven-time Formula One champion Lewis Hamilton has tested positive for COVID-19 and will miss this weekend’s…