Preparations for the meeting in Vladivostok, a Russia city on the Pacific, were held in secrecy because of North Korean security concerns, Kremlin adviser Yuri Ushakov said Tuesday.

Ushakov said the talks would focus on the standoff over the North’s nuclear program, noting that Russia will seek to “consolidate the positive trends” stemming from U.S. President Donald Trump’s meetings with Kim.

Kim had two summits with Trump, but the latest in Vietnam in February collapsed because North Korea wanted more sanctions relief than Washington was willing to give for the amount of nuclear disarmament offered by Pyongyang.

Putin’s adviser added that the Kremlin would try to help “create preconditions and a favorable atmosphere for reaching solid agreements on the problem of the Korean Peninsula,” Ushakov said.

Ushakov pointed at a Russia-China roadmap that offered a step-by-step approach to solving the nuclear standoff and called for sanctions relief and security guarantees to Pyongyang. He noted that the North’s moratorium on nuclear tests and scaling down of U.S.-South Korean military drills helped reduce tensions and created conditions for further progress. 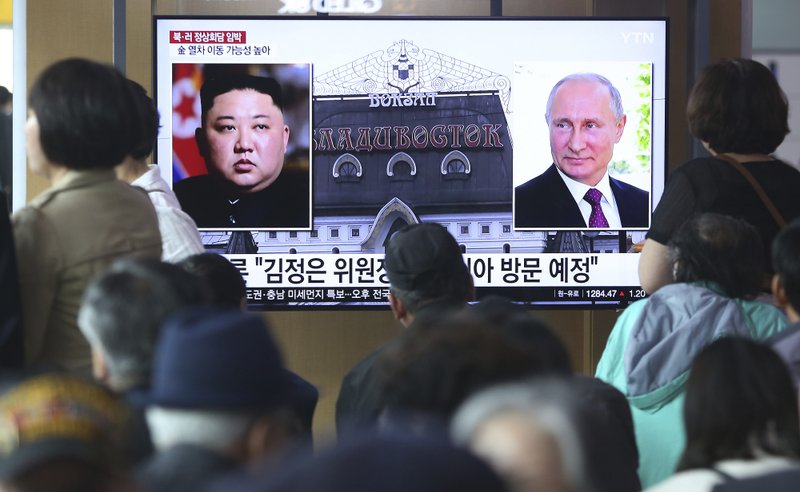 Ushakov said that Putin-Kim summit’s agenda will also include bilateral cooperation. He added that Russia’s trade with North Korea is minuscule at just $34 million last year, mostly because of the international sanctions against Pyongyang.

Russia would like to gain broader access to North Korea’s mineral resources, including rare metals. Pyongyang, for its part, covets Russia’s electricity supplies and wants to attract Russian investment to modernize its dilapidated Soviet-built industrial plants, railways and other infrastructure.

In the meantime, Vladivostok has been seeing a number of unusually strict security measures. Maritime authorities said Tuesday that the waters around Russky Island, off the southern tip of Vladivostok, would be closed to all maritime traffic between Wednesday morning and Friday morning.

The island, which is home to a university with a conference hall, is seen as a likely summit venue.

Separately, local media reported that some platforms at Vladivostok’s main train station would be closed for several days, and that buses will be rerouted from the train station Wednesday.

News website Vl.ru reported that municipal authorities undertook road works to make the entryway in and out of the train station less steep — presumably to allow Kim’s limousine to drive straight out from the platform.

Kim, like his father, avoids air travel and is likely to travel by train to Vladivostok, about 675 kilometers (419 miles) north of Pyongyang. 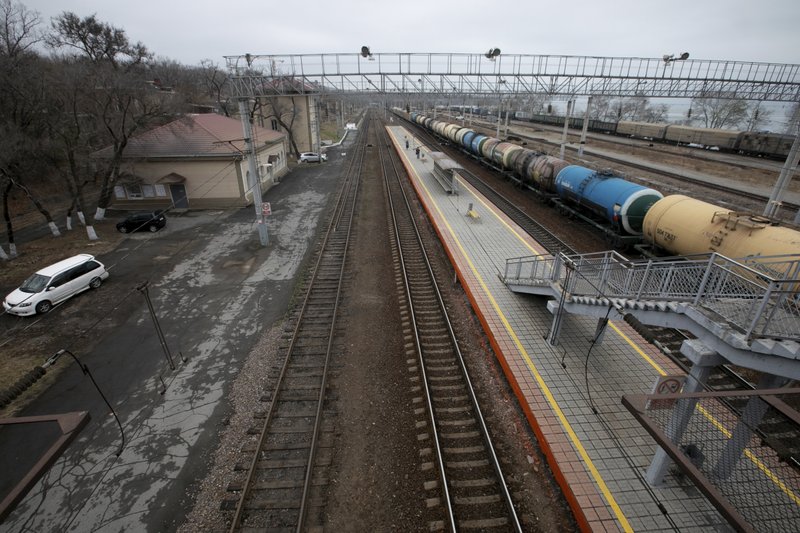 Okeanskaya railway station, where Kim Jong Un is expected to make his first stop before his summit with Vladimir Putin. (AP Photo/Alexander Khitrov)

Earlier on Tuesday, North Korea confirmed the meeting in a terse, two-sentence statement.

North Korea has so far not gotten what it wants most from the recent flurry of high-level summitry between Kim and various world leaders — namely, relief from crushing international sanctions. There are fears that a recent North Korean weapon test and a series of jibes at Washington over deadlocked nuclear negotiations mean that Pyongyang may again return to the nuclear and long-range missile tests that had many in Asia fearing war in 2017.

North Korea announced last week that it had tested what it called a new type of “tactical guided weapon.” While unlikely to be a prohibited test of a medium- or long-range ballistic missile that could scuttle the negotiations, the announcement signaled the North’s growing disappointment with the diplomatic breakdown.