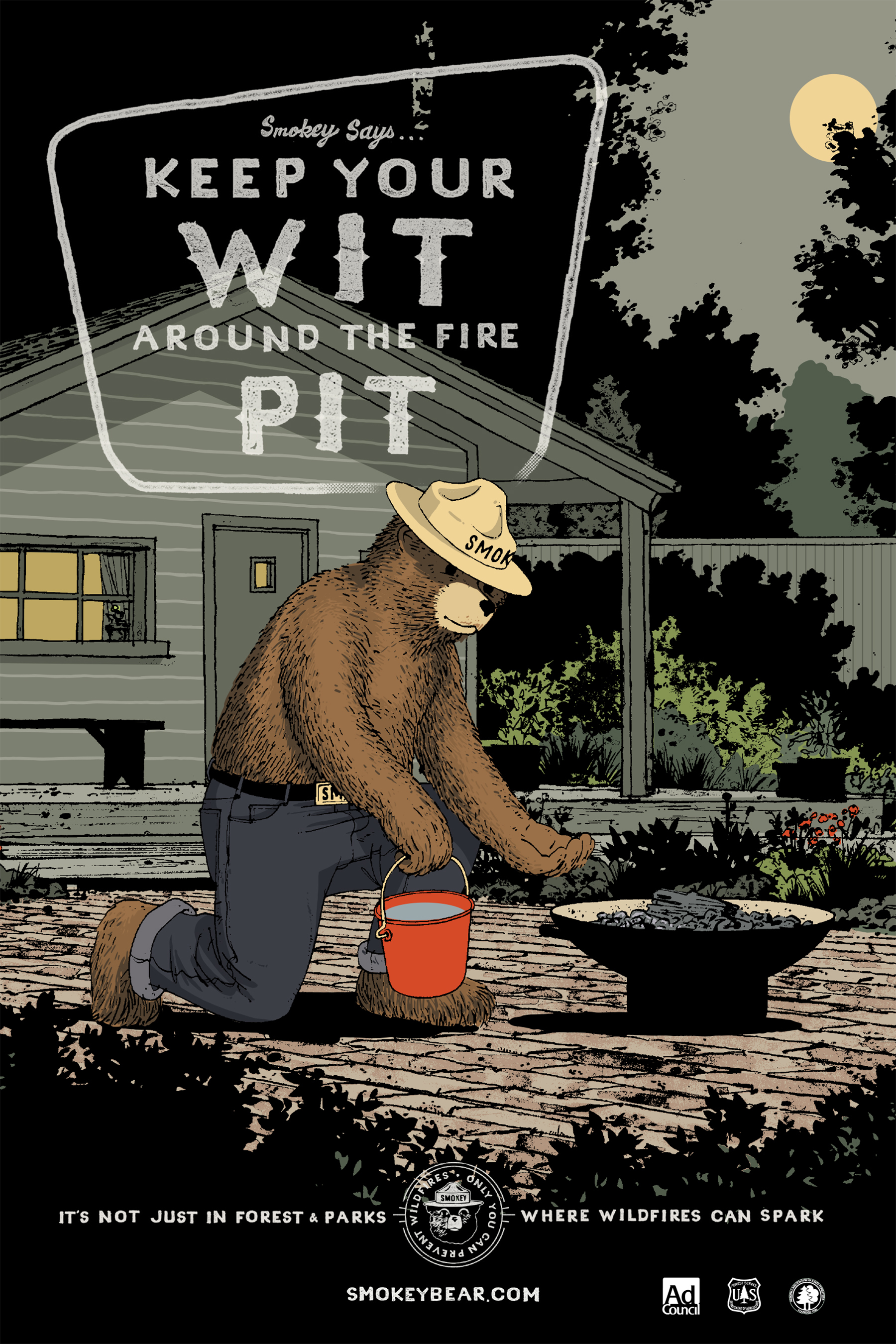 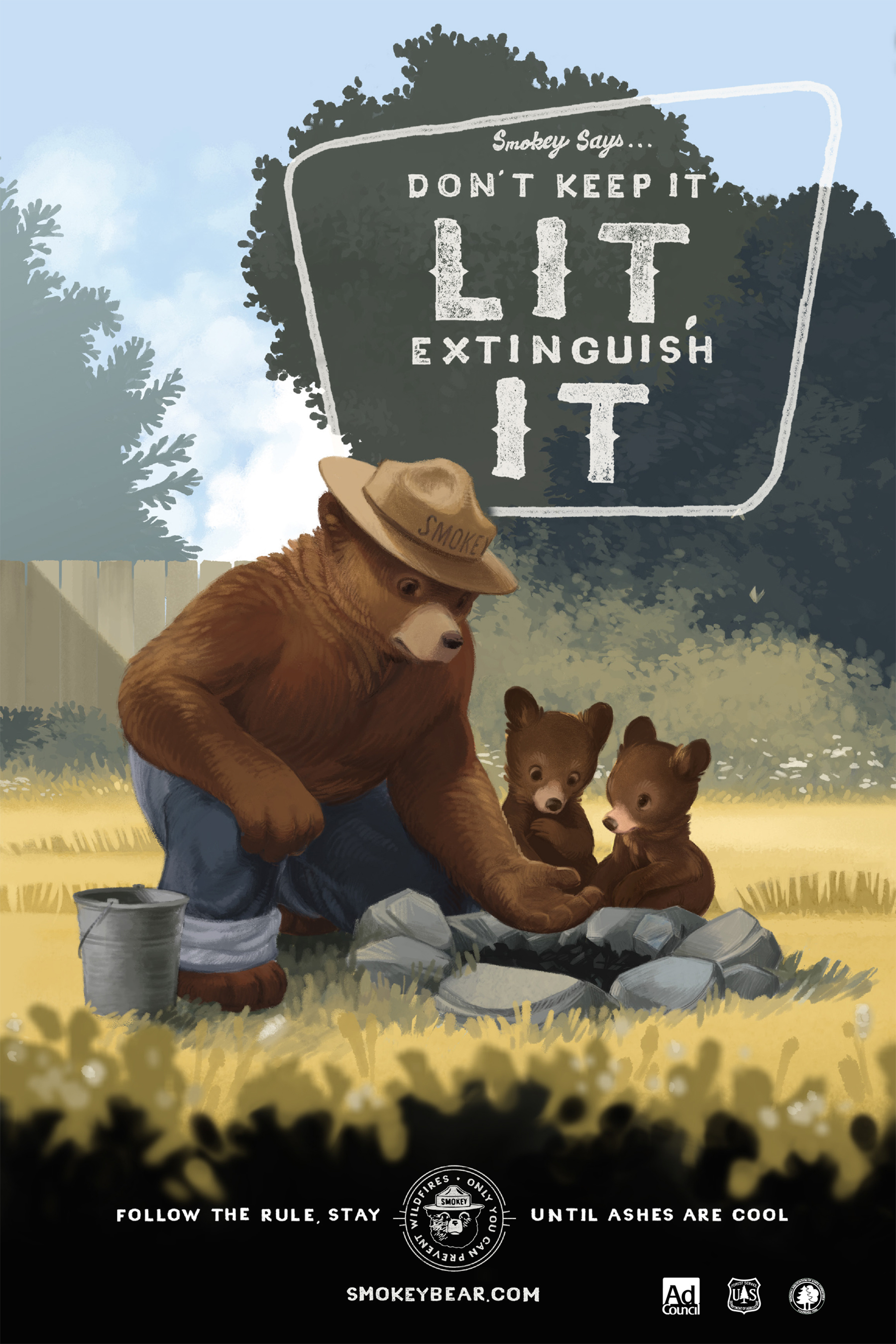 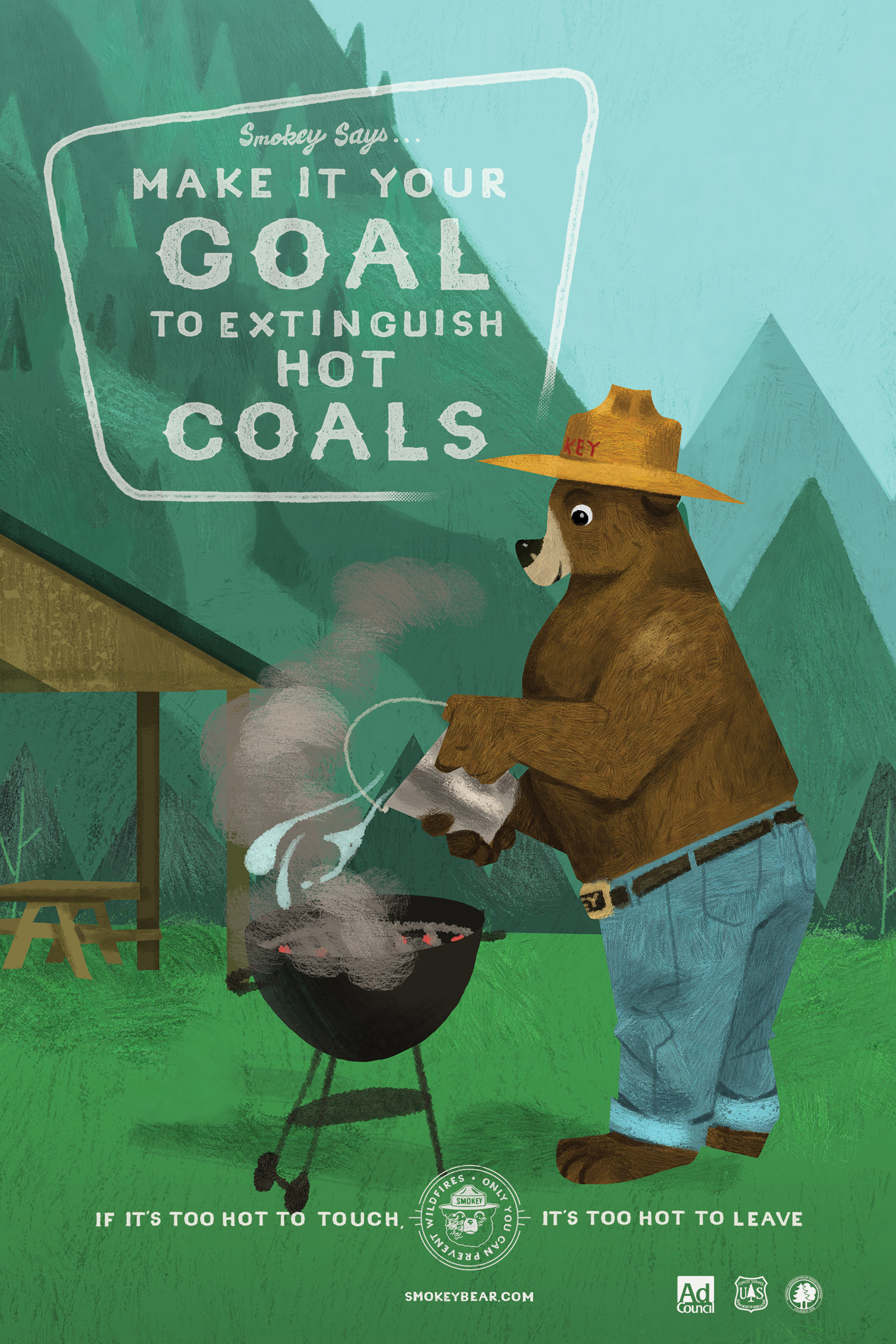 “Humans cause nearly 90 percent of all wildfires nationwide, which today burn hotter and longer, destroying millions of forested acres and homes; Smokey needs our help now more than ever,” says U.S. Forest Service Chief Tom Tidwell. “It is helpful to provide information to children and adults about the less commonly known wildfire causes such as improperly burning debris and not fully extinguishing ashes and hot coals. By bringing awareness and inspiring responsibility, we hope to show how important it is to be mindful of how everyday activities can start harmful fires.”

“We’re thrilled to continue to evolve Smokey Bear’s beloved look and digital presence, while harkening back to the campaign’s beginning in the 1940s when we all fell in love with him. FCB has worked on this campaign for 73 years, representing the longest pro bono agency partnership in U.S. history, and these new videos and artwork beautifully extend Smokey’s message of personal responsibility,” shares Lisa Sherman, president and CEO of Ad Council.

“It’s always wildfire season somewhere in the United States, and State Foresters experience first-hand the many causes of wildfires beyond abandoned campfires—improper burning of debris, dumping hot ashes, and others. The new Smokey Bear Wildfire Prevention Campaign’s creative elements will help state forestry agencies continue to educate the public in an effort to help reduce the number of human-caused wildfires,” said Bill Crapser, Wyoming State Forester and president of the National Association of State Foresters.

Smokey Bear has been a recognized symbol of wildfire prevention since August 9, 1944. Although progress has been made, wildfires remain one of the most critical environmental issues affecting the U.S.  On average, nearly nine out of 10 wildfires nationwide today are caused by people. In addition to the causes depicted in the new PSAs, the main causes of wildfire include campfires or warming fires being left unattended or improperly extinguished, debris burning on windy days, improper discarding of smoking materials or BBQ coals, and operating equipment without spark arrestors.

“Smokey Bear has long been synonymous with wildfire prevention education and the great outdoors. This new digital campaign unexpectedly brings Smokey Bear out of the woods and into engaging and relatable interactions with people. This evolution in the iconic figure of Smokey Bear brings him closer to a younger audience and further cements his reputation as wildfire prevention’s most loveable spokesperson,” said Joe Oh, CEO and President FCB West

The Ad Council will distribute the new digital-first videos and artwork across Smokey Bear’s social media channels as well as smokeybear.com and the new Spanish language website smokeybear.com/es. Per the organization’s model, the assets will be promoted and run in advertising time and space that is entirely donated. Over the last 73 years, media outlets have donated more than $1 billion in time and space for the Wildfire Prevention campaign.

Charlie Crist Unveils Second Part of “Affordable Florida for All”…