«
»
TwitterFacebookPinterestGoogle+
LOS ANGELES, Cal. (FNN) – Professional dancer Britt Stewart is the newly minted and first Black female Pro on this season of “Dancing with the Stars” competing with partner and Olympic Ice Skater Johnny Weir. The couple are the ones to watch as they head into the semifinals next week! New LIVE episodes air every Monday night at 8pm ET/PT on ABC.
Britt is no stranger to dancing with the stars, having toured and performed alongside world-renowned recording artists such as Rihanna, Demi Lovato, Nick Jonas, Florence + The Machine, Selena Gomez, and Janet Jackson. She was also one of Katy Perry’s core dancers for 3 years where she performed with her in various performances around the world, including the Super Bowl and her Prismatic World Tour.

Britt got her start in dancing at the age of three at her local dance studio in Colorado, Artistic Fusion Dance Academy. She was accepted into the dance program at the Denver School of the Arts where she received training in modern and cultural dance styles. At 15, her life in motion took flight as she quickly became a working dancer both nationally and internationally.

While still in High School herself, Britt caught the eye of famed director and choreographer Kenny Ortega and was hired as a principle dancer in all three HIGH SCHOOL MUSICAL movies. After graduating in 2007, she was accepted into the modern and ballet program at Loyola Marymount University and subsequently moved to Los Angeles. Her professional career as a dancer was taking off though, and after two years of university she decided to pursue her passion. She began booking dance roles in such hit Hollywood film productions as the remake of FAME, NO STRINGS ATTACHED, Disney’s TEEN BEACH PARTY, and the award winning LA LA LAND. She was a featured dancer in numerous TV shows such as “The Voice”, “Gilmore Girls”, “Grey’s Anatomy”, and ABC Family series “Bunheads”. She was also a series regular on ABC Family’s “Dancing Fools”. It was at this time that she also began dancing and touring with the hottest musical performing artists and began traveling the world. After her tour with Katy Perry, she learned about an audition for “Dancing with the Stars” and secured the position as a member of the dance troupe, officially joining the show in Season 23. 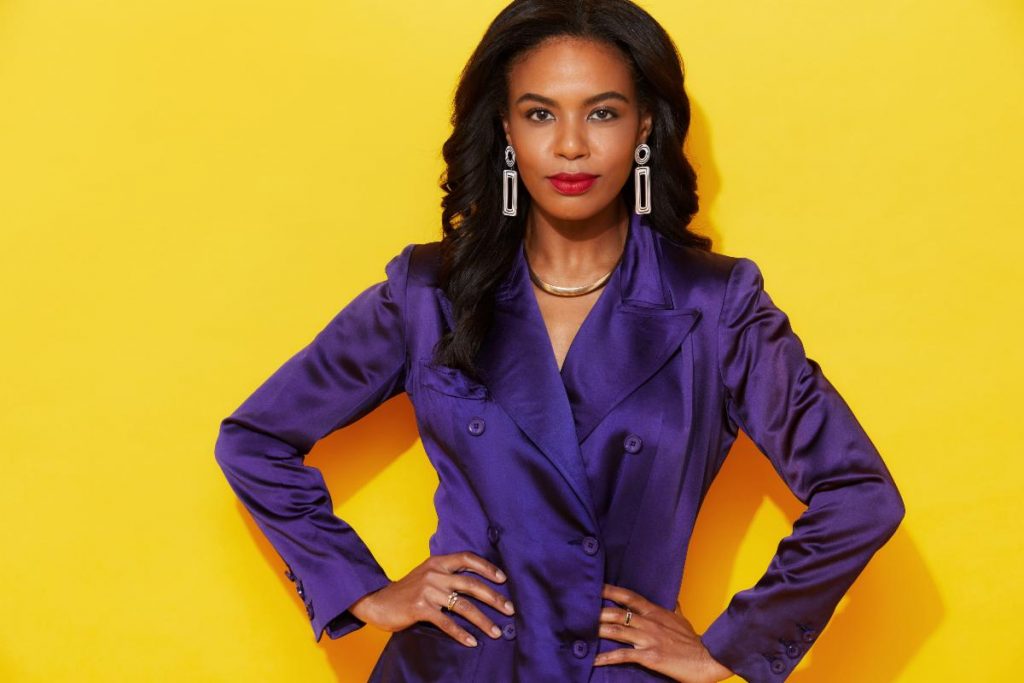 As the first Black female pro on “DWTS”, Britt is also acutely aware of the lack of opportunity in many Black and Brown communities for adolescents to learn ballroom dancing, thus inhibiting them from obtaining the proper skills and education to rise amongst the ranks of professional dancers. This is something she wants to change and is currently working with a few other likeminded dancers to create a non-profit foundation that will shape the movement by creating opportunity for these community members. She also actively helps her community by sharing her talent for causes that promote wellness and art appreciation. Mental health and self-love are also things that are both equally important to her. Having been diagnosed with “physical hives” where her body will literally break out in hives if her temperature changes, she has learned to eat a healthy gluten-free diet that helps her body regulate the auto-immune disorder. She is also Certified in Reiki/Crystal therapies and hopes to one day run her own Wellness Retreat.
Britt’s well-rounded training in all dance art forms coupled with numerous performances, competitions, and workshop opportunities has established a foundation for her professional dance career. The depth of her talent, and appreciation for the art is reflected in the variety of credits to her name and the legacy she is creating as she aims to follow in the footsteps of her role model Debbie Allen as she aims to inspire and transform the world of dance.
Source: Anderson Group PR