“Representative Mercado has done a great job representing the residents in House District 48 in Tallahassee,” Morales recently told Florida National News. “If I decide to run, I will seek to expand upon the representative’s work as we move the district and state beyond COVID-19 pandemic.”

Morales shared with Florida National News that if she runs, her platform will include:

Running for public office during a pandemic will be an uphill battle, especially for candidates without serious name recognition and a lack of direct engagement with the voters. Knocking on a resident’s door wearing a mask and other personal protective equipment may not be the best or safe campaign strategy to win over voters.

House District 48 had approximately 25 precincts open to the voters in 2018. Morales and Amy Mercado both defeated their opponents in each precinct by a landslide, according to Orange County Supervisor of Elections’ records. Morales and Mercado got no less than (54.37%) 55% of the votes in any precinct. 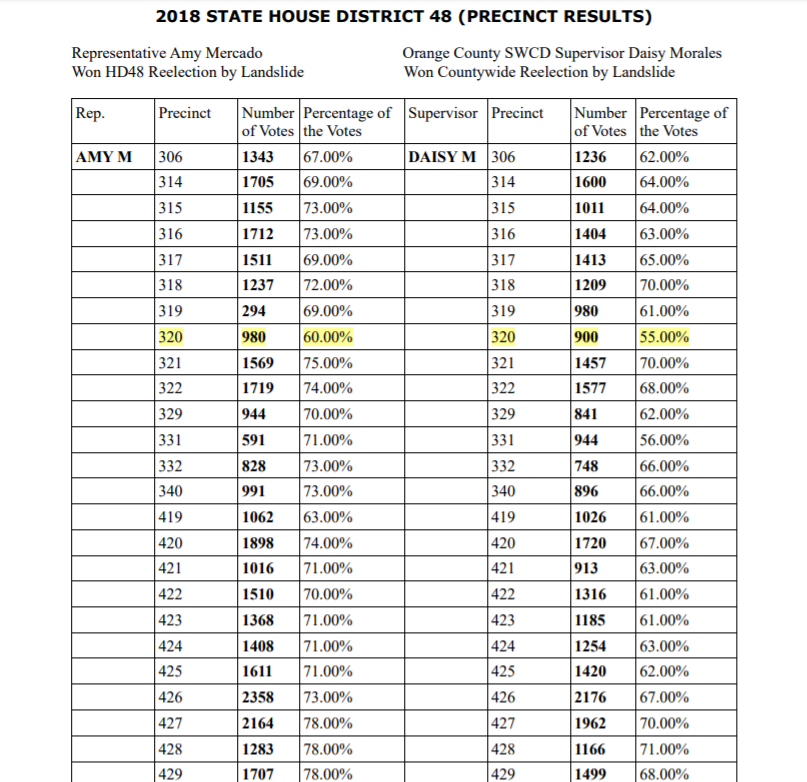 “As an elected official, I made it a priority to actively participate in numerous public and private events to support our residents on local and state issues that matter to them,” Morales noted. “I will continue to listen to elected officials, community leaders, residents and my family regarding the next step.”

Supervisor Morales is currently serving a second four-year term on the Soil & Water Board after winning re-election in 2018 with 256,000 votes against her opponent by a supermajority of Orange County votes. She was first elected in 2014 by defeating three opponents in a four-candidate countywide race.

Two other candidates filed to run for House District 48: Anthony Tsonis and Nelson Pena, both Democrats.

The ballot qualifying deadline is June 12, and the primary election happens August 18. No Republican challengers have filed at this point.